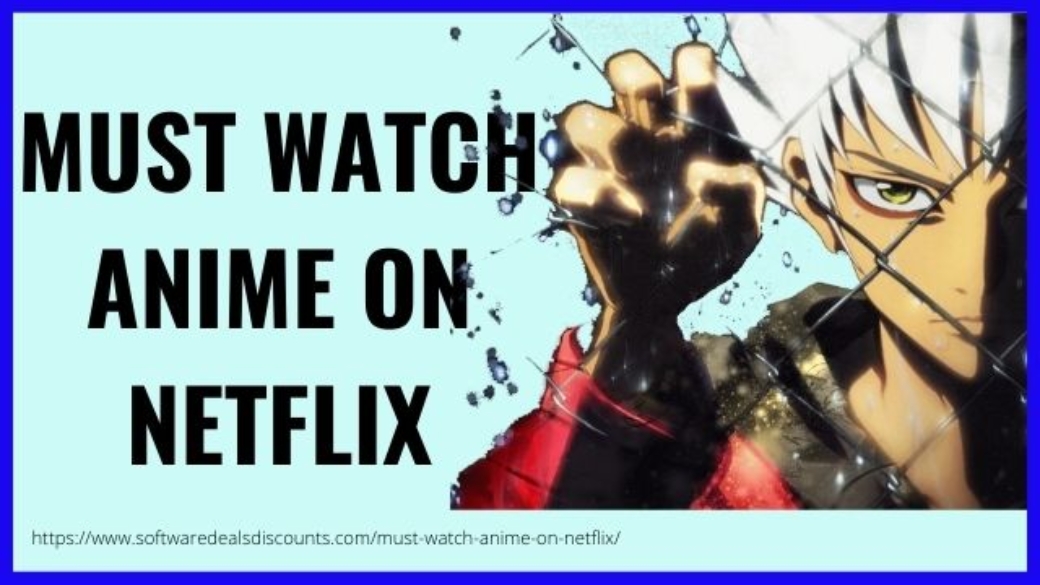 Anime is typically a hand-drawn or computer animation that originated in Japan. It conveys emotions, futuristic, and cultural themes. Anime has also created a huge fan base outside of Japan. We can observe a growth of anime lovers all over the world, but especially in western countries, there is tremendous growth. Also, creating anime has become a developing industry, and creating anime with digital art software has become an attractive career opportunity for many.

Moreover in western countries, Netflix is the best source to access different types of anime. Netflix knew the potential of anime, that’s why they added nearly 200 anime to their platform. There are some of the best anime series to watch on the basis of graphics, storyline, audience review, and more. We have outlined some of the must watch anime on Netflix that you should consider watching for binge-watch.

Are Manga And Anime The Same?

Anime is animation and comic books or even cartoons, but Manga is more often the comic books. Anime is a broader term that refers to every type of animation. However, manga is a black and white weekly comic book in japan.

What Are The Must Watch Anime On Netflix?

In this, we will outline some of the best anime to watch on Netflix. We had some Netflix must watch anime of action, comedy, thriller, suspense, mystery, ninja, and cultural series. To make it easy for you we are providing total episodes, author, IMDb rating, and more about anime.

This one of the best anime series is written by  Yoshihiro Togashi, released on 16 March 1988 as manga. Later it is animated and displays on tv as series and as a film. It gets a perfect 9 in IMDb rating. It has 148 episodes and 6 series but only 75 episodes are available on Netflix.

The story of Hunter X Hunter revolves around a boy named Gon Freecss, he is the savior and protagonist of this anime. Gon Freecss is a boy living on a remote island, he was told that his dad was dead. However, later he comes to know that his dad is alive and he is one of the best hunters in the world. This incident burns a fire in the heart of Gon to become the best hunter like his dad.

Code Geass is written by Ichirō Ōkouchi and directed by Gorō Taniguchi. It gets an 8.7 rating from IMDb and 94% of Google reviewers like this anime which makes it one of the must watch anime on Netflix. It has 50 episodes and you can access all the Code Geass episodes on Netflix.

Code Geass is one of the best fantasy anime to watch on Netflix. This is a futuristic anime, refers to the future time when the Britannian empire invades japan. They invade with giant robots and renamed japan into Area 11. At that time a Britannian exiled prince Lelouch Lamperouge living in japan who is our leading character in Code Geass. He vows that he will destroy Britannia and fight for the freedom of Japan. In his journey, he encountered a witch named C.C who gives her the mystical power of Geass to Lelouch.

Watch this must see anime on Netflix to know, Does Lelouch defeat Britannia? Or he failed in completing his vow?

Naruto and Naruto Shippuden both are written by Masashi Kishimoto. It has achieved an 8.6 rating in IMDb. Total it has 720 episodes and 26 seasons.

Naruto on Netflix is one of the most beloved and best anime of all time. If you like long ongoing stories with action, thriller, emotion, drama, comedy, twists & turns then you would definitely like it. Naruto’s main story runs on two storylines Naruto and Naruto Shippuden. Naruto Uzumaki is a boy who wants to be the best ninja in the world and he trains himself as a ninja since his childhood.

The positive reviews of people make it one of the best must watch anime on Netflix.

One-punch man is written by one and released on 4 December 2015. It has a rating of 8.8 on IMDb and has 12 episodes available in 2 seasons on Netflix.

It is an action and comedy pack for anime lovers who love the short storyline. In this story, Saitama is a hero who is saving cities from villains who are destroying them. Saitama has the power to defeat any villain in just one punch. This power makes him popular, but it is a kind of overwhelming boredom for Saitama, as he doesn’t have a powerful villain to fight.

Find this exclusive anime on Netflix to know, Does Saitama find a strong villain or he has to live with boredom?

Death note is written by Tsugumi Ohba and released on 3 October 2006 for the first time. This anime also got a perfect 9 rating from IMDb and has a season with a total of 37 episodes.

It is a perfect anime combination of mystery, action, suspense, and psychological thriller. Death Note is one of the best and must see anime on Netflix. In this anime, an intelligent boy named Light Yagami finds a mystical book death note. The mystical power of this book is that it can kill anyone whose name is written in it. Light used to kill evil criminals all over the world by Death Note and met Ryuk. Ryuk is the previous owner of that book from another world. In this journey of Yagami, he finds various difficulties from government officials and others.

We almost discovered all genres of anime for every type of storyline and anime lovers. If you are starting your journey in the anime world, the above series are must watch anime on Netflix for you. We hope we help to find a new anime that is compatible with your interest.